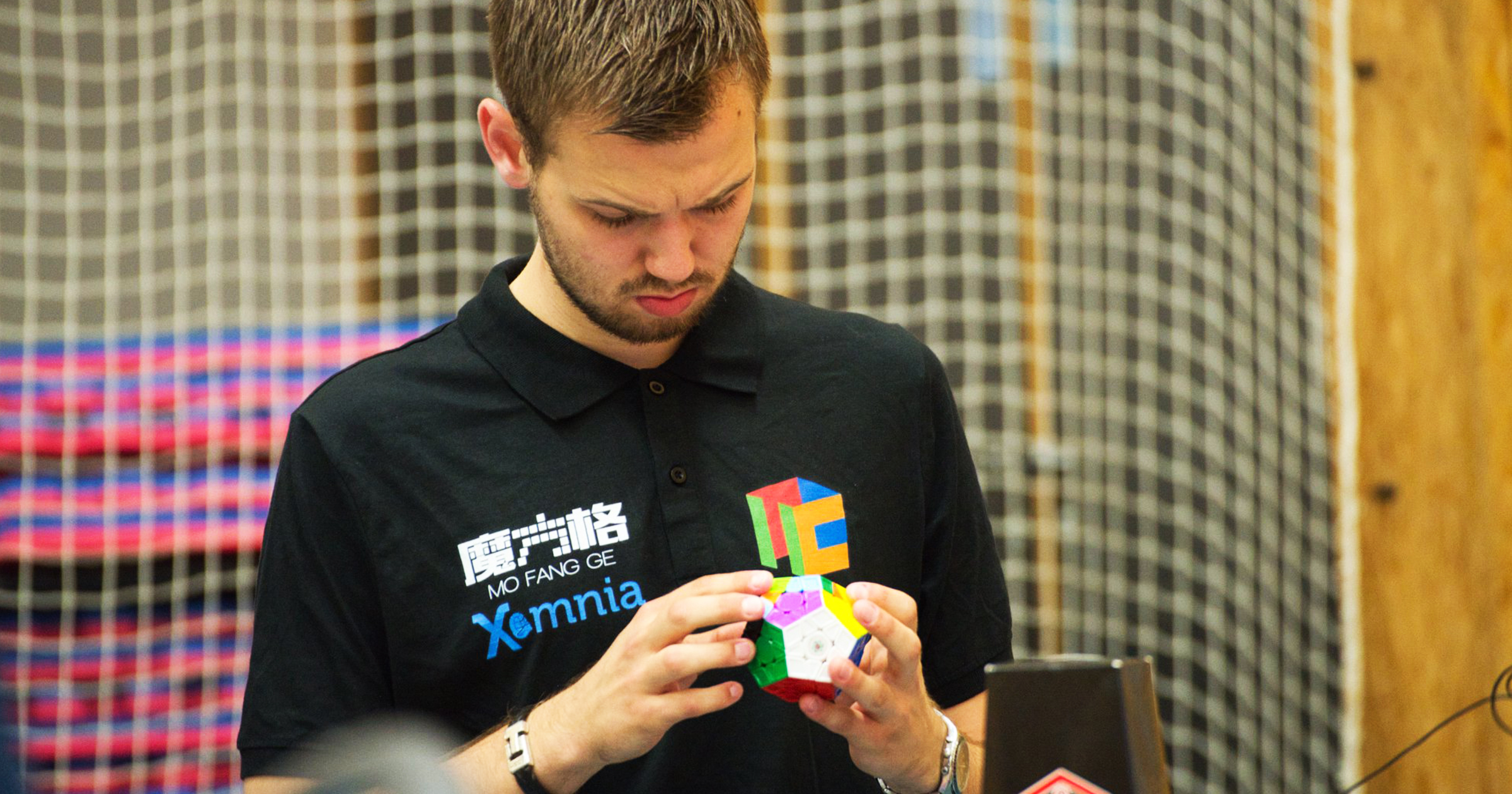 This weekend it's finally going to happen - the Rubik's cube World championships 2019 are being held in Melbourne, Australia. It is going to be the most competitive World Championships ever, as all cubers in the top 20 of the world ranking will be there. Our champion  and data scientist Mats Valk is there to tell us more about the event.  Go get them, Mats!

The final this Sunday

The live stream of the WC can be found here. The World Championships will start today, but with preliminary rounds and other events only. The big day is Sunday, where the semi-final will  start at 4am CEST and the final around 8am CEST. For me, anything can  happen, from screwing up the semi-finals to being the best in coping the  pressure during the finals. We'll see!

In this year’s World Championship, basically anyone that makes it to  the final, does have a decent chance of winning. Though, there are two  people that stand out the most; Feliks Zemdegs from Australia and Max  Park from the United States. Feliks is a 23-year-old from Melbourne and won the world championship  in 2013 and 2015, where he just beat Mats in the finals both times. Having the competition in his hometown this year, might give him that extra bit of pressure. Feliks has broken 120 world records in his career, more than anyone else. Max Park on the other hand, is quite new to the cubing scene, but he was the one that handled his nerves the best during the last world championships in 2017. An inspiring video of Max  was made after he won.

My preparation for the World Championship

Training to solve the Rubik’s cubes requires a lot of practice, but it's more than that. Especially in the lead-up to big competitions, I make sure to get some good sleep, no alcohol, and eat healthily. A good preparation like that gives you confidence, and that's exactly what you need when performing under pressure. Knowing that you prepared well and  that if you do not as well as you could, the luck was just not on your side that time. As a tradition, a warm-up competition is held in the weekend before in a  place nearby. In this year’s case it happened last weekend in Sydney. Almost all cubers that have any chance to podium at worlds were present, which gives a good indication of where you stand in the field. Feliks  won the competition with a 6.15 average, which was very good for him, just beating Max by 0.2 seconds. I did decently and placed 7th with a 7.26 average. It certainly was a good competition to get used to the  pressure and competing against many other world class cubers. Enjoy & cheers from Australia!