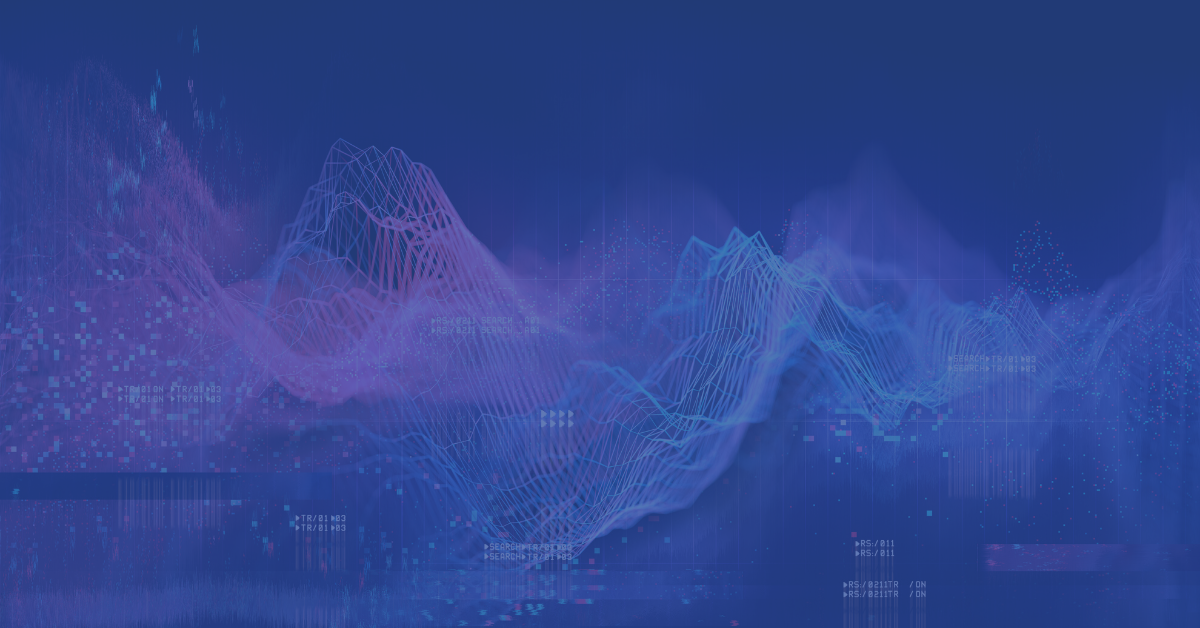 When it comes to our industry, there’s no shortage of buzzwords, new technologies, emerging trends and hot button issues to dive into. Our experts in data science and engineering have narrowed down a select few artificial intelligence trends that we’ll be watching closely as we enter the next decade of the 21st century.

"We are less than two years away from autonomous cars," proclaimed Elon Musk in 2016. That same year, a report by BI Intelligence predicted that 10 million self-driving cars will be on the road by 2020.  Yet, it has become increasingly obvious that the autonomous vehicle race is much more a marathon than a sprint as developers continue to crash into legal, ethical, and technological roadblocks.

For example, Toyota will only just release its first ‘Level 2’ autonomous car in 2020. The company says the car is capable of driving itself on the highway, “from entrance to exit, with traffic merging capability.” A fully autonomous vehicle is considered a Level 5.

While boardroom optimism has been tempered, consumers stand to benefit from the slower pace of development. “What has resulted from this huge injection of money and resources into automotive artificial intelligence is better and safer driving cars that will be accessible for more drivers,” says David Woudenberg, lead autonomous at Xomnia.

In the coming years we will see luxury supportive features such as lane departure warnings, automatic breaking for pedestrians, and adaptive cruise control expanded into the mid-range and economy vehicle market.

Furthermore, he points to similar developments in autonomous transportation that are happening off-road. David is working with Xomnia’s joint venture, Shipping Technology, to launch smart shipping on the Netherland’s inland waterways. In 2019, the team completed a successful semi-autonomous live test.

“In 2020, we’re going to deliver additional supportive features aimed at making shipping safer. Our applications will assist the captain and warn of potential collisions with static objects and other ships.”

If you’re not yet familiar with the Analytics Translator role, you may want to go back and read our report: The job that you didn’t know existed is now the one you can’t live without.

This is only going to become more true in 2020. Xomnia Analytics Translator Tim Reus says we are seeing this surge in demand because the experimental phase of advanced analytics is coming to an end.

“We’re moving from the laboratory to the production line, in a sense. Autonomous transportation is one example of where we are seeing smaller, strategic steps being taken to reach more realistic and value-adding goals.”

The main skills of an Analytics Translator are general technical fluency, project management skills, an entrepreneurial spirit and domain knowledge.

“When I am deployed to a company alongside Xomnia Data Scientists and Engineers to consult on an X-Force project, I am the link between business strategy and advanced analytics possibilities, ensuring the project delivers true value for the company.”

“We are seeing that ML expertise isn’t enough to deliver quality products for our clients. The projects we work on additionally require engineering principles for team collaboration, development, testing, deployment and other tools of the engineering space.”

The good news is that Data Scientists have already been gradually gaining more exposure in this domain.

“In recent years, the data science profession has expanded due to company investments, new university programs, and overall interest in the field. Plus, companies are able to hire Data Scientists more easily than data engineers.”

And, he adds, “Long live the unicorns.”

NLP is taking off, better buckle up

Last year, OpenAI made headlines by withholding their GPT2 language model, as it was deemed too dangerous to be released. “We expect that safety and security concerns will reduce our traditional publishing in the future, while increasing the importance of sharing safety, policy and standards research,” the organisation stated.

The model was eventually released in stages, with the final installation delivered in November 2019. “Thankfully, the internet seems to be OK for now,” says Xomnia Natural Language Processing (NLP) lead, Stijn de Gooijer.

“The idea of massive amounts of randomly generated human-like language flooding the internet, drowning out real informative content, seems scary indeed. How companies grapple with ethical ambiguity as AI development progresses is going to be very interesting to observe.”

Still, there are a lot of unsolved issues in NLP that aren’t quite at world-shocking capacity yet. You may already be best buddies with Apple’s Siri, but her voice does not exactly sound human, and asking something out of her comfort zone is sure to lead to some confusing conversations.

Stijn anticipates major improvements in speech synthesis and speech recognition. “These two fields are in full development right now. If we can also get machine translation to perform well in real-time, or close to it, we’re truly in for some exciting times of free information exchange and greater intercultural understanding.”

Data empowerment for the people

Taking center stage of the ethics debate in advanced analytics are the egregious data privacy breaches of recent years. Perhaps the most notorious has been the Cambridge Analytica scandal and its impact on US and UK voters.

Early next year, the court in The Hague will rule on the legality of the controversial System Risk Indication (SyRI) - an algorithm which aims to detect fraud. The system received the 2019 Big Brother Award in the Netherlands as critics say it infringes on data privacy and is potentially discriminatory. Also ‘named and shamed’ in the awards was Minister Sander Dekker (Legal Protection) for his plan to use citizens’ data profiles for debt collection.

“Handling sensitive data can bring risk to privacy, but use of this data in combination with data science also provides great potential for making a positive impact on social issues,” says Lisanne Rijnveld, Data Scientist at Xomnia.

“Since GDPR, organisations are often reluctant to start working with privacy-sensitive data. The last thing you want is to be called out like Minister Dekker. But, what many people don't know is that a lot can be done, as long as you think about the preconditions such as foundation and purpose limitation.”

Another very important thing is to be aware of the potential data fallacies and biases.

“A model doesn’t decide the outcome on its own, it is based on the data that you feed into it. That’s why you must be aware of the potential consequences of any flawed, or incomplete data, that could lead to discriminatory results.”

She says that doesn’t mean the public sector should shy away from using data to solve social challenges. Municipalities need to make sure they have the right resources for truly socially responsible innovation and that’s where a partnership with an expert in data and privacy is essential. Lisanne uses a method called DataLab to guide public agencies in best practices for utilising sensitive data to create data-driven, holistic social change.

“The ideal situation is that every organisation in society can utilise data to improve people’s lives while also reinforcing citizens’ rights, safeguarding privacy, and proceeding ethically. That’s what we all need to advocate for, heading into 2020 and beyond.”

Time to think critically about artificial intelligence and sustainability

Jorren Bosga, Data Scientist and Xomnia’s sustainability expert, believes AI developments will play a crucial role in combating the climate crisis in the coming years. But, it’s a complicated relationship.

“AI is part of both the problem and the solution. You can’t simply ignore the significant CO2 footprint caused by training AI models.”

Jorren gives the example of training the Transformer neural network, a state of the art NLP model, which resulted in a footprint five times larger than an average American car including fuel over its full lifetime.

“On average, obtaining a publishable machine learning model emits more CO2 than the average American in two years. And, at 1% of global energy consumption, the overall footprint of the IT sector already accounts for 2% of global emissions, on par with the aviation industry.”

What’s worse, the sector’s electricity demand is projected to skyrocket to 20% over the next decade.

“It’s easy to overlook this, since most heavy computing takes place in the cloud. But, choosing the right cloud provider can make a world of difference to your footprint.”

Then, there’s the other side of the issue: AI can also help us tackle climate change. In a 2019 report, PwC estimated that AI could cut global GHG emissions by as much as 4% in 2030. That’s twice the current footprint of the aviation sector.

“As the climate crisis becomes more urgent and environmental policies become more severe, sustainability will become an increasingly important factor in the long-term survival of most businesses, and therefore more valuable.”

In Europe, the environmental applications of AI alone are estimated to achieve GDP gains by 2030 of around $1 trillion. But, how do we capitalize on this? Where do we start?

Jorren recommends a review paper published in June, which was backed by some of the field’s heavyweights like Yann LeCun and Andrew Ng. The paper details 11 different areas where AI can make a difference, including links to the original papers demonstrating the possibilities. From smart buildings to forest management, he says the 111-page long document is a great starting point for the industry.

“At Xomnia, we’ve picked the most sustainable cloud provider available and are running experiments with our own smart heating system. Additionally, our juniors have helped sustainable consumption NGO Questionmark automate the classification of sustainability certifications on grocery store products.”