How to solve a Rubik’s cube

Mats Valk is a data scientist with an unusual passion: solving the Rubik’s cube as quickly as possible. Last summer he became the European champion, and in 2016 he broke the World record by solving the Rubik’s cube in 4.74 seconds. He managed to hold on to the World record for 5 weeks before someone knocked him off his spot. This summer, he will travel all the way to Melbourne, Australia to compete at the World Championships, the biggest and most important competition in the Rubik’s cubing world. Here, he’s going to discuss the mother of all questions. How on Earth do you solve a Rubik’s cube?

Solving a Rubik’s cube by cheating?

Many people think solving one is practically impossible without cheating, such as swapping the stickers or completely disassembling and reassembling the cube in the correct position. Luckily enough this is absolutely not true. Anyone who is willing to spend a few hours of their time playing with a Rubik’s cube is capable of solving one. But how do you solve it when there are 43,252,003274,489,856,000 (43 quintillion), combinations?

First, you need to fully understand the structure of the problem. The Rubik’s cube contains three different kinds of pieces; the centres, the edges, and the corners. The centres are the pieces in the middle of each face. This means you have 6 central pieces with different colours, one on each side. It’s good to know that these 6 central  pieces come together on the inside of the cube like the axes of a 3D-graph do. This means that the relative order of these pieces will always be fixed. As a result, these 6 central pieces determine which colour each side shall be in the solved position. The central pieces thus serve as an important marker for all other pieces!

Lastly, we have the corner pieces, which are located between the edges or on each corner of the cube. All corners have 3 different colours and again, similarly to the edges, should be treated the same. The position each corner should go to is the place where each sticker matches with the colour of the centre of that side.

To try and understand the structure of a Rubik’s cube open it by turning it 45 degrees and popping out an edge. The structure of the cube will become clear quickly then.

So how do you actually solve a Rubik’s cube?

Solving a Rubik’s cube is complicated and can be time consuming without practice. To guide you in the right direction, first pick a random colour you want to start on. As the cube is symmetrical, this shouldn’t matter at all. Pick the centre representing this colour and try to expand it by solving the 4 edges around it. This is what we call the cross.

Keep in mind that you treat an edge as a piece with 2 colours. This means that you shouldn’t only focus on making the cross on one side. You need to make sure the colours on the other side of the cross pieces match their centre colour too. Once this is done, you can try to solve the first layer by inserting the corner pieces corresponding to your chosen cross colour. Step 3 is solving the middle layer, which should result in having the first 2 out of 3 layers solved.

Although it’s possible, very few people have been able to solve these steps completely by themselves and if they did. If you really get stuck, there are plenty of good tutorials out there that can help you. I’d highly recommend to have a look at Cubeskills.

Don’t forget to follow me on social media (@ValkCubing) and shoot me a message and picture as proof if you have been able to solve (or at least 1 layer) the cube by yourself! If you’re still struggling, I’ll be doing a workshop on the 7th June. Contact Xomnia if you’re interested in coming! 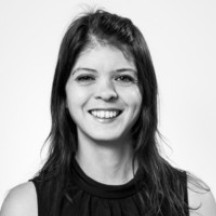 Ritchie Vink: From solving puzzles & connecting the dots to Pydata